The Australian National Imams Council (ANIC) expresses a strong concern about the recent decision of the Karnataka High Court in India and its implications for women in India, particularly Muslim women.

On 15 March 2022, the Karnataka High Court in India upheld a government college ban on the wearing of headscarfs and veils by women in colleges stating that “(W)e are of the considered opinion that the wearing of the hijab by Muslim women does not form part of the essential religious practice in Islamic faith”. In doing so, the court also read down a provision of the constitution which guaranteed a person the freedom of conscience and the right to freely profess, practice and propagate their religion. The college authorities, which were backed by the State government, namely the Hindu nationalist Bharatiya Janata Party, had also contended in court that the headscarf was not an essential practice of Islam. 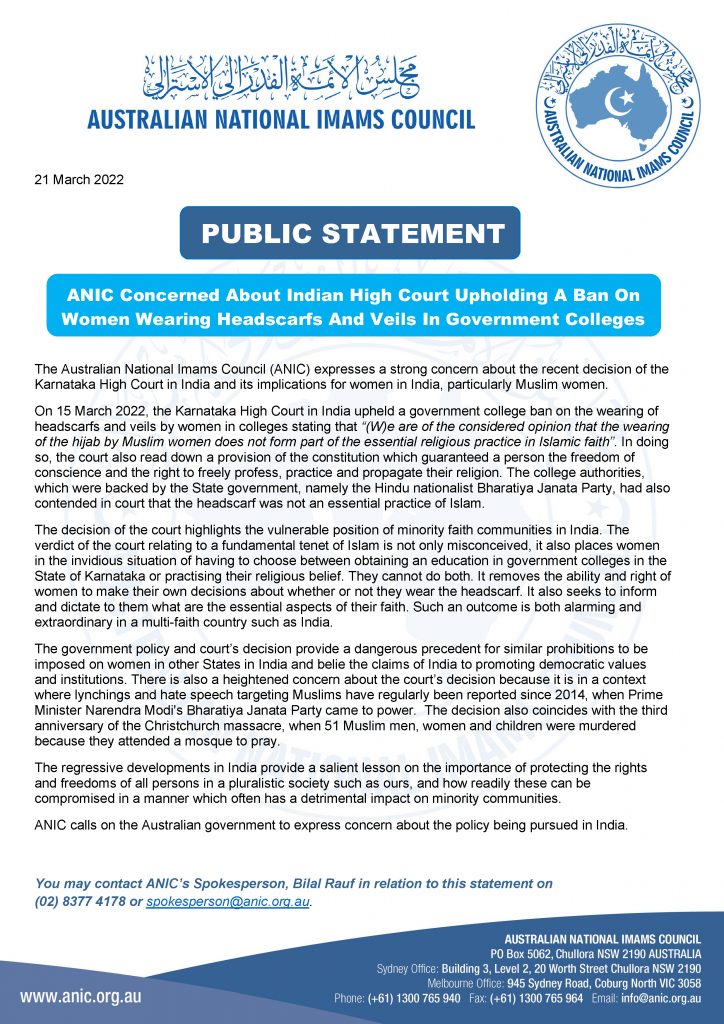